I actually closed my eBay store on Monday before the fee hike went into effect on Tuesday, but I’m just now getting around to posting about it because, ironically enough, I closed my store on Monday and listed live auctions on Tuesday — Shows you how angry they made me. 🙂 The rest of my evenings have been spent cleaning and pricing the other items I won on Friday night so I could take them to my booth at Jenifer’s today.

Anyway, a couple months ago eBay announced a new “fee structure” that “will bring eBay’s lowest fees ever”, which couldn’t be further from the truth for me. Ashley’s Antiques and Collectibles was the name of my Basic store that I paid $15.95/mo for and then 3 to 5 cents for the insertion fee per month per fixed-price auction. When I sold an item, eBay charged 12% for the first $25 of the purchase price and then somewhere around 8% until $100 and then 4% over $100. Live auction items had a similar fee structure except it started at 8.25% of the first $25, and was discounted from there.

As of March 30, for Basic stores, the $15.95 store subscription fee stayed the same, but the individual auction insertion fees went up to 20 cents each! I typically kept 50-100 items in my store, so that really increases the overhead. The larger “Premium” and “Anchor” stores got to keep the 3 or 5 cent insertion fees. The final value fee went up a bit too. 12% for the first $50 (increased from $25) and then 6% until $1000. Then for live auctions the final value fee is now 9% across the board.

The ending price range for my items is usually around $25 anyway, so the live auction fees won’t hurt too much. For the service that eBay provides, I still feel that 9% is okay. I know I couldn’t get the publicity and options anywhere else — yet. I believe eBay is on the decline because they’ve taken for granted us “little people” that got them started in the first place. The “little people” are the ones out junking all days of the week finding those unique items to make eBay the place you can find almost anything. The large stores they are appealing to now order the new stuff in bulk. Not saying you can’t get good deals, but I believe they’re slowly losing collectors of the unique and antique.

So I’m sure you’d love to see what I’ve got listed this week! Click here if you want to see the auctions.I won some really neat Quimper dishes at the auction Friday night. I got the real stuff and the reproduction stuff. Each piece of the “real stuff” is hand painted with a man or a lady (“Breton”) and signed on the back Henriot Quimper France, with some numbers. So basically each real Quimper piece is one-of-a-kind. The reproductions use a very similar design, but are made in Italy and each design is exactly the same because they are mass-produced. 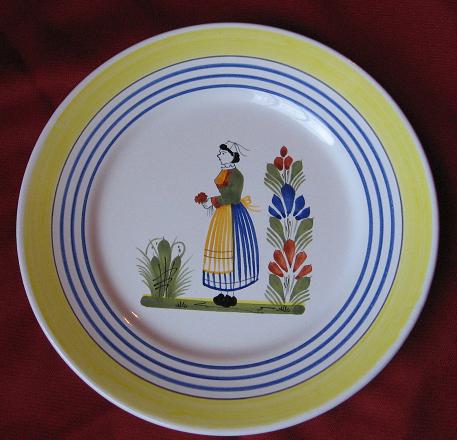 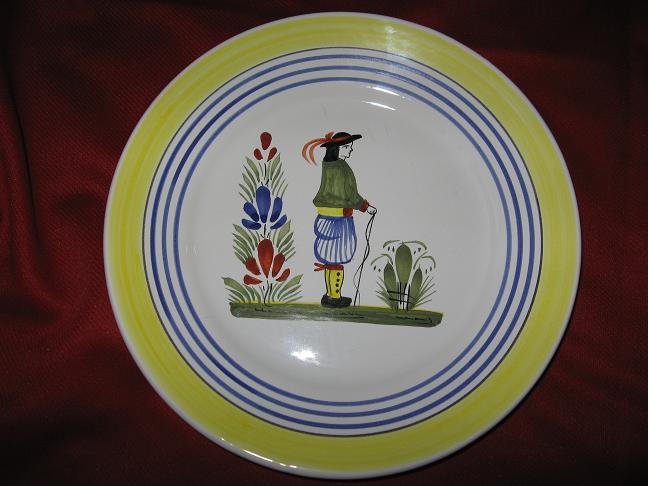 I can’t find any information about the dishes that are made in Italy, so I may kick myself for starting the auctions at .99. Oh yeah, speaking of .99 cents, that’s what eBay was claiming made the lowest insertion fees. Now, if you list an auction for under .99 cents, the insertion fee is free (a huge savings of 15 cents!) and it looks like they went down on the rest of the increments too, but just by a nickel or dime here and there. Whatever helps them sleep at night. 🙂

I also have a super rare Franciscan Desert Rose 13.75″ x 9″ rectangular baking dish for sale. I read that these baking dishes were produced for a short time before the company closed in the 1970’s. I’ll let eBay buyers decide how rare this is by starting it at .99 cents. Fingers crossed! 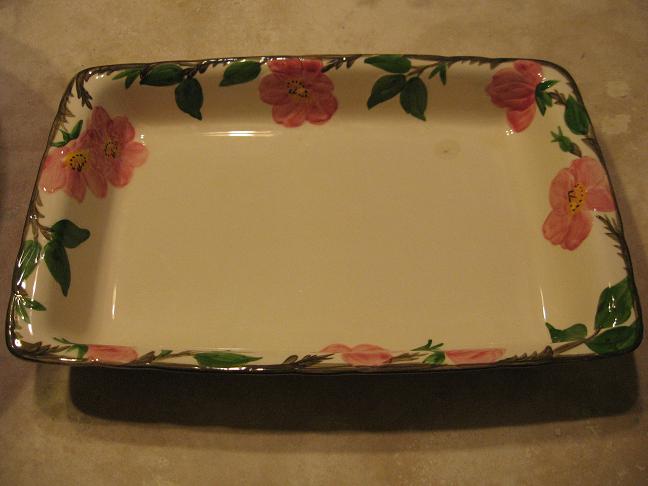 I probably shouldn’t tell on myself, but I will anyway just for giggles. For days I thought the marking on the bottom of this piece said “Grandscan”, because it’s a little faded. When I looked it up, I realized the marking does say Franciscan! I griped to my husband during the auction about it “not being Franciscan” and even considered giving this rare piece back because they said “This isn’t one of those newer pieces”, but it appeared to me to be because I apparently can’t read. 🙂 Here’s what it looks like: 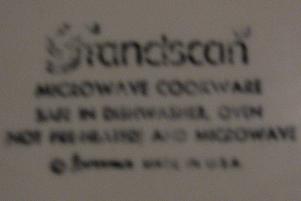 So that’s what I’ve been working on this week. I was hoping to get to sleep in this Saturday, but I got that super tempting information from Roy Dudley about the $1 sale so I may just have to go check it out. 🙂