Last Saturday I had a “relapse” and bought WAY too much stuff at the Just T’s-N business liquidation. A “relapse” for me is when I let my inner hoarder take over and I buy way more than I can sell in the near future. I bought TWO truckloads, and probably could have filled up a third if I hadn’t decided to just pile all the furniture on top of each other and ratchet-strap it all down. This type of buying was acceptable when the economy was good, but these days it’s in my best interest to be picky so I don’t fill up my house with inventory!  I’ve learned that husbands are happier when they don’t have to step over inventory/projects every time they walk through the living room!

My mother-in-law, Linda, came to the rescue and cured some of my guilt from buying too much. My brother-in-law, Aaron, made the mistake of coming with my hubby to help with loading the stuff I bought at the auction, so I filled up his truck. He parked his truck at his mom’s house while I took the first load home to Maumelle (from Conway). Linda came out to see me as I arrived to take the second load and we started talking about my buys. The “buys” in Aaron’s truck were the ones I was most ashamed of: shelves. I got two large shelves for $20. Great buys, but I don’t need shelving right now, so I would have had to cram them in my garage somehow. After hearing the prices I paid for them, Linda seemed interested, so I told her she could have them if she wanted them. She was esctatic! She does really neat crafts (I have plans on blogging about them sometime) and needed shelving to store supplies, so she took them off my hands and even offered $40 for them!

I still bought too much, but what I got was much more manageable after Linda took the shelves. Here are the highlights:

I fell in love with the rustic shelf below the minute I saw it. The one thing I didn’t think of is that it was too tall to go out the doors (!), so I was so thankful Aaron showed up to help us flip it on its side and get it loaded. It’s lying on its side in my garage right now while I figure out how to fit it in my antique booth at Jenifer’s.  Its dimensions are around 5′ x 8′. The photo below is from the auctioneer’s website, but I’ll be posting a new photo later when I set it up in my booth: 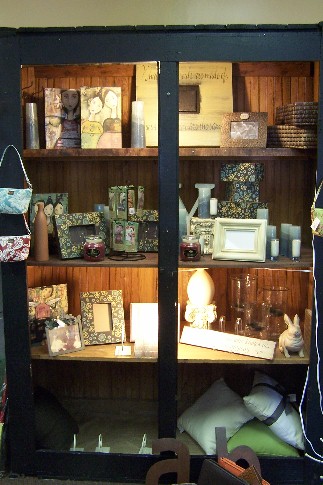 Next up was this super cute kids’ table and 2 chairs. I couldn’t resist! 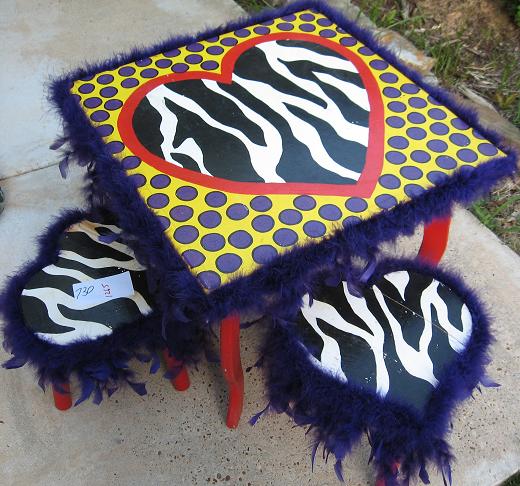 And then there was this table. I didn’t realize it was missing the drawer, or even had a drawer at one time, when I was bidding, so I paid too much for it. I’ll probably try to build a drawer for it and repaint it since it’s a little too shabby chic: 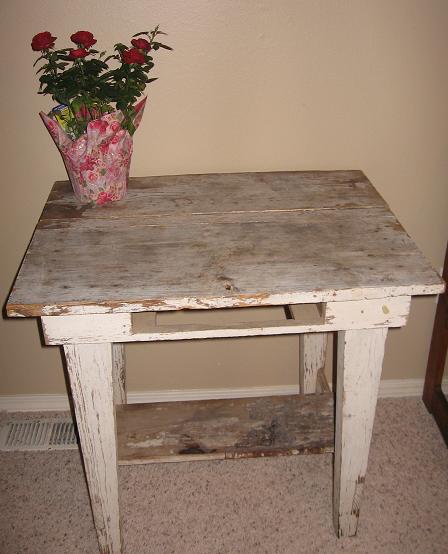 The desk below will be featured for Show & Tell Friday tomorrow. I’m not sure why someone took the top out of this desk and replaced it with plexiglass, but it makes for an interesting and versatile piece. I’ll show you what I’m talking about in my next post and ask for suggestions on how I should display it!

Another favorite find was this rug. I wanted this exact rug for Christmas, but no one could find the “N”, so I didn’t get one. For some reason an “N” was one of the last of 5 or so rugs they had in its kind – I just call that a blessing because N begins a lot of last names! 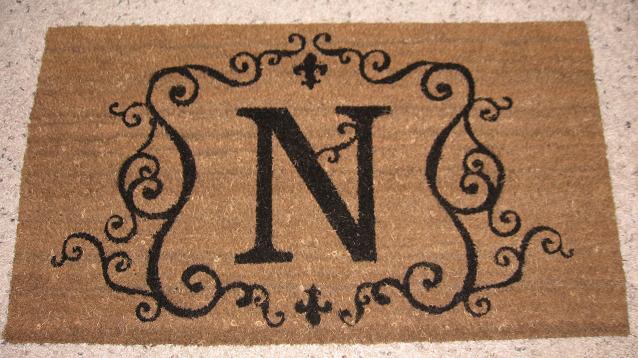 One of the shelves Linda took was filled with lots of paint. I didnt really need the ceramic paints, but I was interested in the awesome colors of enamel/latex paints. I shouldn’t need paint for projects for a while! 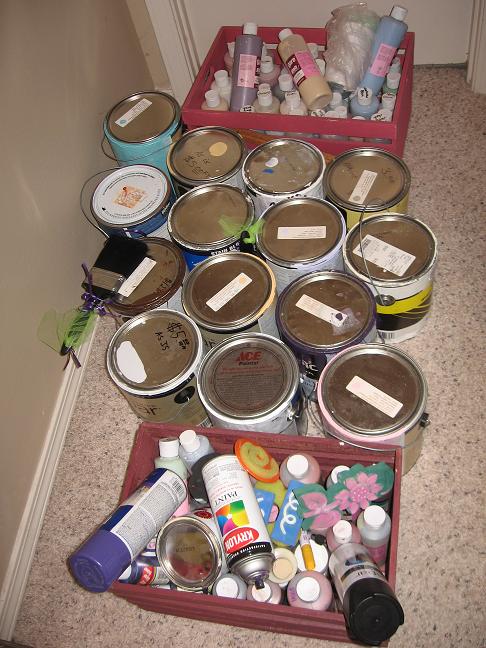 Another one of my purchases was this Otis Spunkmeyer oven. It brought back memories of high school when we’d use one of these ovens to bake cookies and sell them at lunch as part of one of my business classes. Otis Spunkmeyer cookies are amazing, so I knew this would be a good purchase for resale: 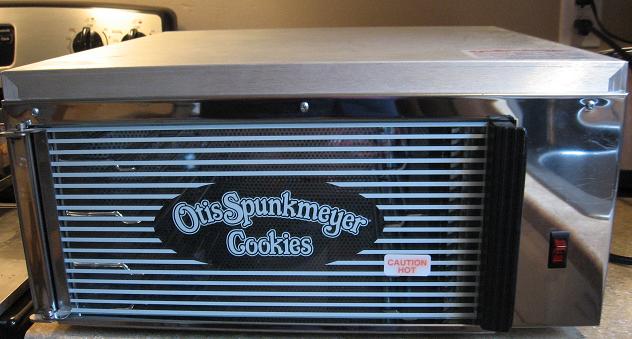 Then I made cookies to test that it works and fell in love… but it’s gotta go! I have no room for it in my kitchen. 🙂 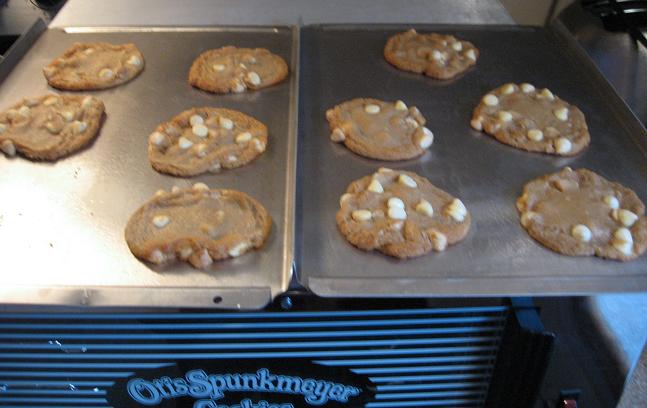 I also got this neat Christmas card holder that works super for displaying antique post cards in off-season:

I got two of these adorable shelves:

And I got this tactless thermos in one of the lots. It cost $21 in the gift shop, so it’s hard to just do away with it. I want my booths to have a more professional atmosphere, so I’m not sure about selling it there. I have actually considered “censoring” part of the statement with a small Post-It note. lol. 🙂

I got much more than this, but I thought I’d only share some of the highlights for fear of having a neverending blog post.  🙂 Hope you enjoyed seeing some of my finds. Now I’ve gotta clean up my living room since I’ve destroyed it with displaying them! 😀

No Responses to “Auction Winnings”