As I’ve mentioned before, I love unique things. Unique home decor is even better because you get to show it off and, in the case of the Camark molds, tell a cool story about it. Roy Dudley will have some of these hard-to-find molds at his estate sale at Tanglewood this weekend. I checked them out last Saturday and thought they were super cool. Here’s some trivia: The name “Camark” comes from the blending of the two words Camden (the city in Arkansas Camark originated in) and Arkansas.

As we endure the recession and sadly watch companies close that have been around for years, we can appreciate that the Camark company was founded in 1926, just three years before the Great Depression, and survived until the 1980’s. During the Great Depression, this high-end pottery company stayed alive by creating smaller, more practical pieces and by using less costly production methods.  During World War II, Camark thrived because the lack of resources made pottery a great non-metal gift. The company continued doing well until its founder, Jack Carnes, died in 1958. His wife ran the company until she sold it in the 1960’s.  Production then remained sporadic until the company closed in the 1980s. For a more detailed story, check out the Encyclopedia of Arkansas‘ article about Camark Pottery.

So what’s the deal with Camark Pottery molds? Ever since Roy Dudley mentioned he had Camark molds, I’ve been intrigued. I’ve been junking for years and have never seen one — Even Roy says he’s not seen them before.  Maybe it’s because these came straight from the Camden factory that has been closed for over 20 years.  When I saw these last Saturday, I recognized the famous Climbing Cats mold and many other molds for popular vases.  These molds created beautiful art, so why can’t they be art themselves? Kate, one of Roy’s coworkers, told me that this pottery could be called bas relief, or “a sculptured artwork where a modelled form is raised—or, in a sunken-relief, lowered—from a plane from which the main elements of the composition project (or sink)”.

Roy told me that the clothing store Beyond Cotton in Little Rock had a neat display of Camark molds that they bought from his sale. I work in Conway, so I sent my beloved UALR law student hubby to take photos of their front window before he went to class. Kate emailed me photos from a customer who bought pieces and decorated their home. Check these out:

Beyond Cotton used their Camark molds to decorate around the feet of their mannequins. 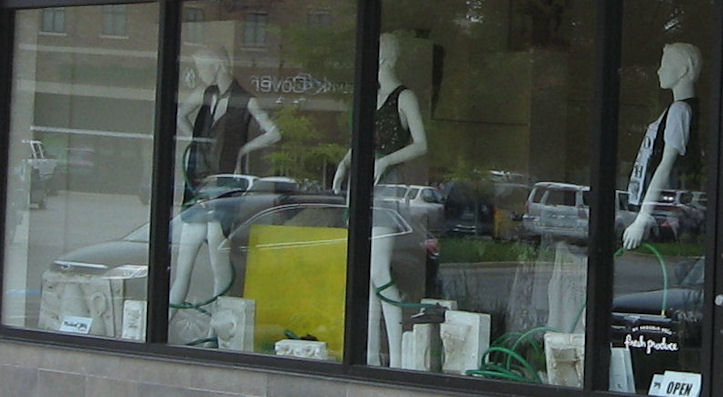 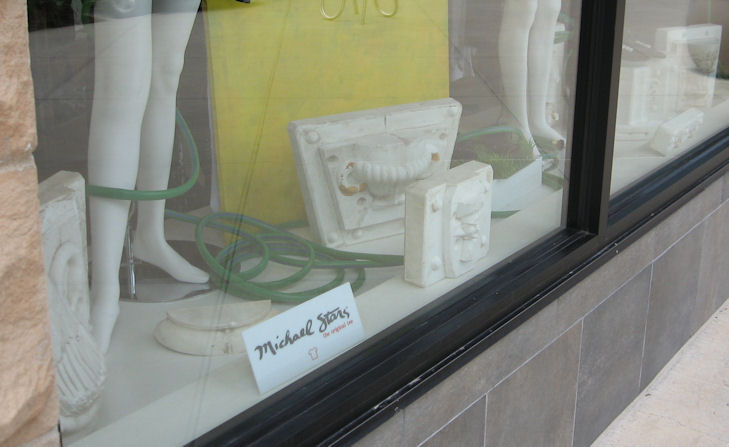 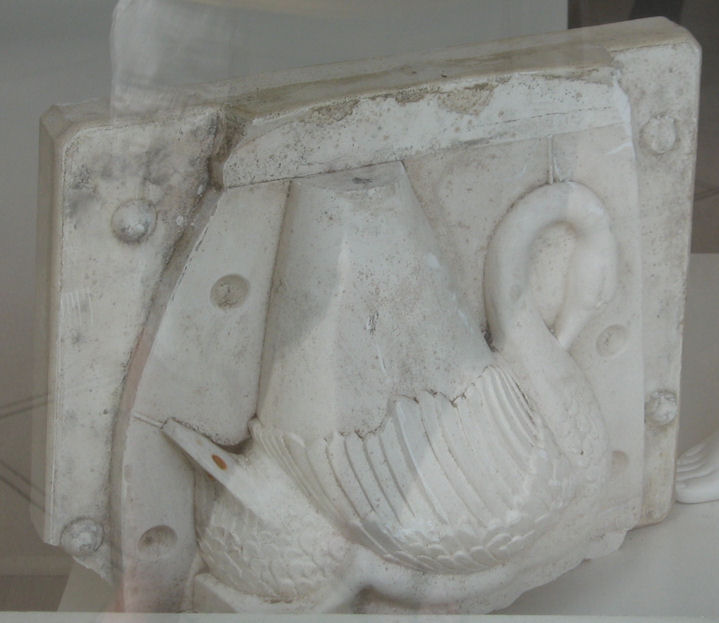 The patina you see on these pieces is the real deal.  The building they came from was barely standing, so some of these molds have been outside weathering for years! It really brings out the detail in these stunning pieces!

Another customer used their molds to decorate their bookshelves: 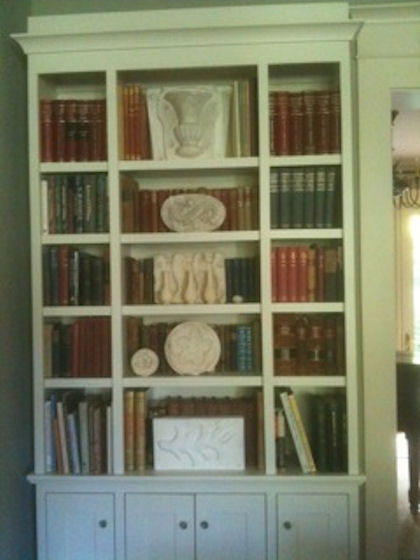 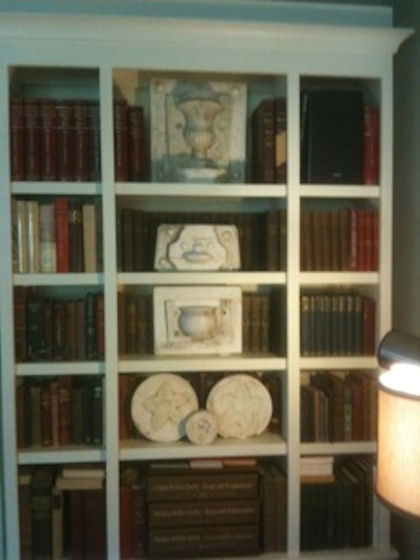 Now do you see what makes these so neat? I’ve been getting weird looks from people all week as I get excited about and describe these cool molds. I know if people could see these photos they’d get the idea! Starting tomorrow, June 4th, these molds will be 50% off at Roy Dudley’s estate sale at Tanglewood (7501 Cantrell). The sale lasts through Sunday, June 6th. Roy has declared this weekend the last chance to get one of these pieces of Arkansas history! I’ll be there bright and early tomorrow so I can snag a piece before they’re picked over too much. I’ll update this post tomorrow with photos of my new treasures!